Scotlandspeople.gov.uk  website is the official Scottish Government site for searching government records and archives.  It is used by hundreds of thousands of people each year to apply for copies of official certificates and to research family history, biography, local history and social history.  In the site you have access to the statutory registers of births, marriages, deaths, and so on; census returns; church records; valuation rolls; and legal records from Scotland’s courts of law.

National Records of Scotland
The ScotlandsPeople site is maintained by the National Records of Scotland, a non-ministerial department of the Scottish Government. Our purpose is to collect, preserve and produce information about Scotland’s people and history and make it available to inform current and future generations. We were established on 1 April 2011, following the merger of the General Register Office for Scotland and the National Archives of Scotland.

This video, available for purchase from Legacy Family Tree, although now somewhat dated, is still a useful and inexpensive introduction to Scottish […] 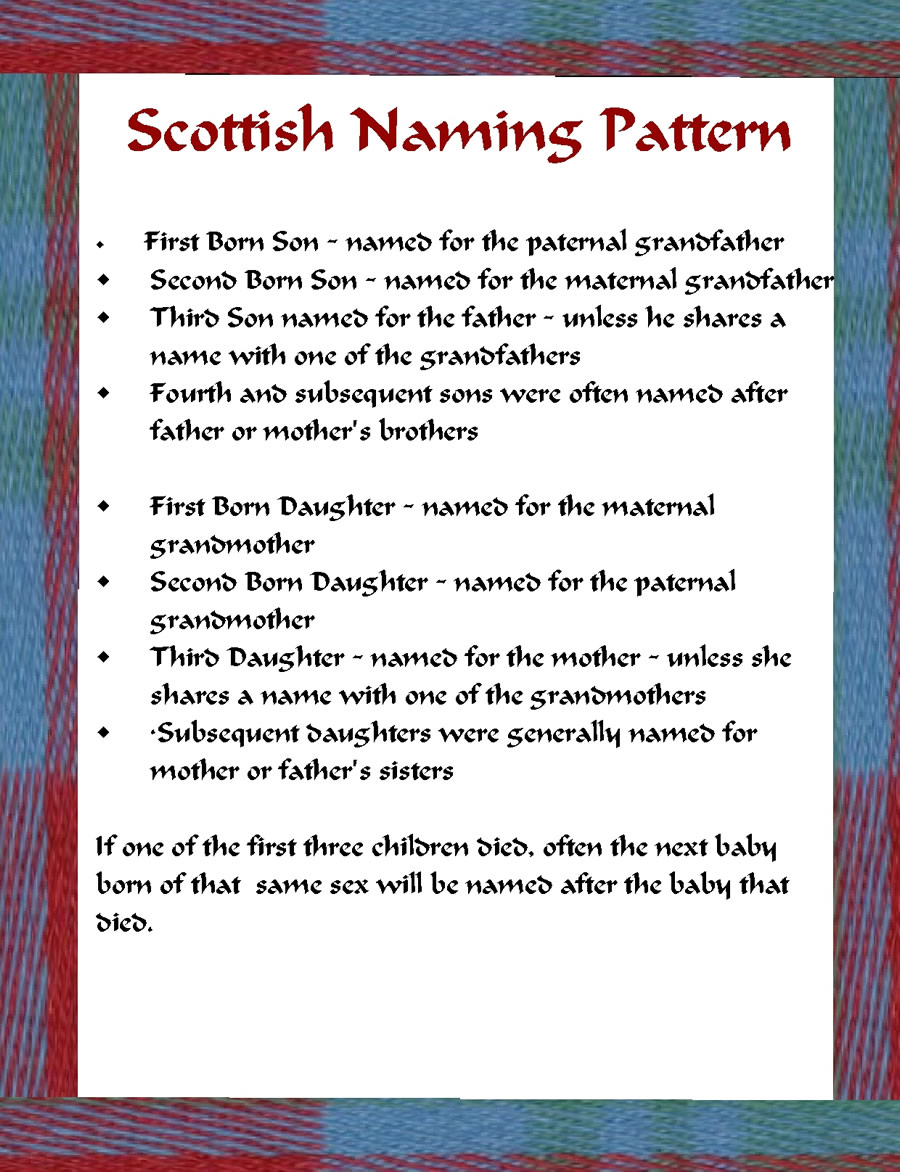 The Scots have for many centuries followed a relatively simple set of rules when assigning given names to their successive children. While […]

National Records of Scotland (NRS) is a Non Ministerial Office (formerly described as Non-Ministerial Department) of the Scottish Government. Our purpose is […]